The Science of Sweat - 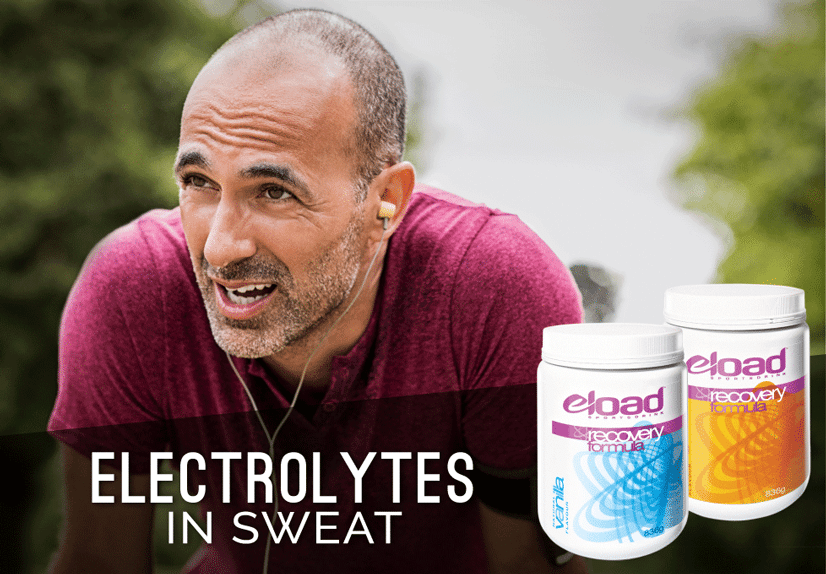 In recent years, there’s been a big shift in the business of sweating – namely, that it’s become a business.

Once just a good, old-fashioned sign of our hard work, sweat is now being analyzed, quantified and seemingly obsessed over like never before. Welcome to the new science of sweat.

The Scoop on Sodium
As sweat becomes less something to wipe from your forehead and more something to measure and study in a lab, sodium has become a major buzzword. But why is sodium now being viewed as so critical to the endurance athlete, anyway?

“Sodium really is the most important electrolyte in sweat,” explains Dr. Douglas Stoddard, a sports medicine doctor at the Toronto Sports and Exercise Medicine Institute (SEMI) and formulator for Medion, the electrolyte replacement company that makes the eLoad™ brand of sport drinks and supplements. “Any symptom that you’ve ever experienced while running – including headaches, cramping, energy depletion, nausea, vomiting, diarrhea, gas – could be linked to sodium depletion.”

And though it’s critical to athletic performance, the body can’t store sodium. Bone is really our only depot for sodium, but our body can’t access it there very easily, says Dr. Stoddart.

This means that if the levels of sodium in your blood start to fall, your body really has nowhere to turn; so unless you’re replenishing it through your mouth, you’re not going to be able to deal with that dropping sodium level.

As for the magic solution for sodium replacement, it seems to vary as much as the athletes themselves. One’s “sweat sodium concentration” varies as much as 50 to 100 per cent between individuals.

Sweat analysis
With this in mind, Medion recently started offering “sweat analysis test kits” for athletes and coaches. Priced at $250, the aim of the kit is to eliminate guesswork – an athlete’s sodium levels can be accurately measured to determine how much sodium should be ingested for every litre of sweat lost during activity.

While you may not think of your own running regime as serious enough to warrant the specificity – not to mention the expense – of sweat analysis, Dr. Stoddard says the test is not just for the pros.

“I think there are a few populations who would benefit from this test,” he says. “Our first love is endurance athletes – this is a nice way to enlighten them and give them a mark to aim for in terms of sodium replacement.

“But the test could also apply to the overweight person, someone with hypertension who is trying to start exercising and lose weight, but needs to be careful with sodium.”

The kit includes three sweat collection patches to be applied to the body prior to a workout. And while you might assume the patches would be stuck to sweaty ‘hotspots’ like the head, armpits, chest or groin, the real pinpoints may surprise you.

Sweat that comes from certain areas, such as the head, tends to be extremely high in sodium levels and doesn’t give us an accurate representation of overall sodium loss. So the kit patches are applied to the forearm, the hamstring and the area beneath the sternum.

Following sweat collection, the patches are then mailed back to Medion, where they are assessed in a medical laboratory. Results are provided within two weeks, along with a nutrition plan specific to that athlete’s sodium replacement needs.

The old-fashioned approach
Serious athletes have long been aware of the significance of sweating, though they may not necessarily look to such high-tech tools to analyze it – at least not yet.
“I have never used sweat tests to analyze the content of my sweat and in turn used it as a performance indicator,” says elite runner Dylan Wykes, who ranked second overall in Canada for the marathon in 2008. “But I do believe monitoring how much fluid and body weight you are losing through sweating during training is important.
“With long distance running, staying hydrated during training and racing – especially during the summer months – is half the battle out there.”

Wykes, who at the time of publication was preparing to represent Canada at the World level in Germany, says he monitors sweat loss by weighing himself before and after longer training sessions. This provides a measure of his body weight loss and the rate at which he sweats (litres of sweat lost per hour of exercise) during different temperatures.

Working with exercise physiologist and sports nutritionist Dr. Trent Stellingwerff, Wykes then uses the information to calculate how much fluid he needs to take in during the marathon in order to stay hydrated enough to perform well.

“Over time and in different weather conditions, you can more readily get an individual measure of the individual athlete’s sweat rate and fluid and carbohydrate intake tolerance,” says Dr. Stellingwerff. “This is very easily done, as one kilogram of fluid (sweat) equals one kilogram of weight.

“So if you just have an athlete weigh in before and after a run, and subtract the total fluids they have taken in, you can easily figure out the sweat rate.”
Come race day, Wykes is counting on the number crunching to make a difference.

“I am hoping all this monitoring and calculating will pay off during the final miles of the Berlin World Championships Marathon,” he says.

Sodium: The Misunderstood Electolyte
It may seem confusing that as runners we are being told to constantly replenish our sodium levels, whereas there is an increasing message about its negative effects in food. iRun asked Dr. Douglas Stoddard, Medical Director and a sports medicine doctor at the Toronto Sports and Exercise Medicine Institute (SEMI), to explain the discrepancy.

“Sodium is a misunderstood electrolyte, not helped by the medical world’s focus on it being ‘bad,’” says Dr. Stoddard. “To anyone sweating, it’s something needing replenishing like anything else being lost from the body.”

On the other hand, Dr. Stoddard is quick to convey that sodium is still on the blacklist when it comes to any manufactured food – where it is typically found added in the form of salt for flavour.

“As part of our daily diet, that stuff should be reduced,” says Dr. Stoddard. “But when someone is sweating, sodium becomes an important element to replace at the time of sweat, and should be treated no differently than any nutrient/element the body loses that needs replacement for optimal health.”

Medion has stopped carrying test kits. Training with eload enhances your performance regardless. Tweaking your intake based on sweat testing is only helpful for some high performance athletes.