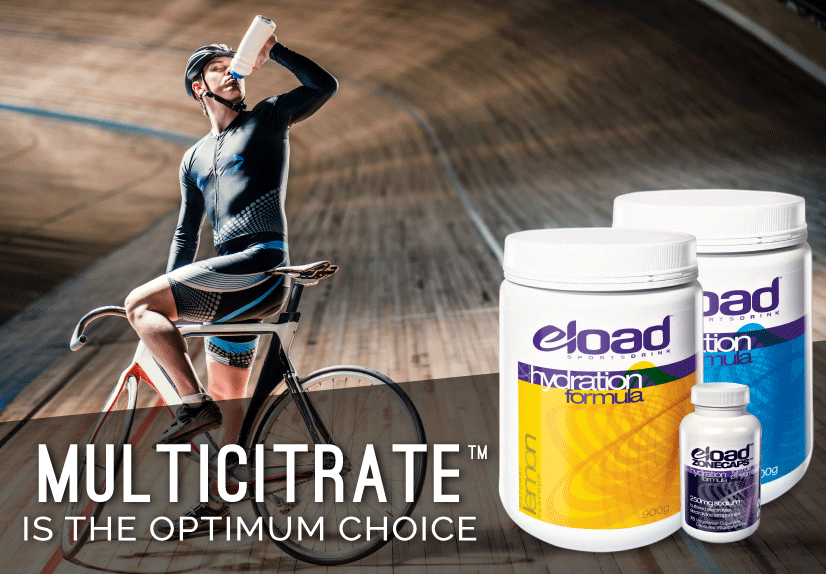 Another key ingredient in e load™ is MultiCitrate™. Our bodies convert each MultiCitrate™ molecule into three bicarbonate molecules, and bicarbonate is the most important acid buffer within.

Like lactate, Multicitrate™. may help buffer acid produced by oxygen independent metabolism that is thought to play a role in limiting/inhibiting muscle function during exercise.

Multicitrate™ may also help buffer excess stomach acid, which is something known to increase during times of stress, including exercise, and to contribute to stomach upset during more intense activity. It also can slow down gastric emptying. Neutralizing this acid can lead to improved performance and recovery.

Considering this, you may be wondering why we don’t just put lots of bicarbonate in e load™. The answer is that bicarbonate can be very irritating to the gastrointestinal tract.

Therefore, using MultiCitrate™ instead is the optimum choice.

* Actual amounts vary depending on the customization of your drink.